We were challenged to do something we had not done before. We had to shoot a commercial that required a living room setting underwater. And no, not in a controlled studio setting, but outdoors in the real water. In a fresh water lake somewhere in the Netherlands, while the temperature was just around 12 degrees. The Royal Dutch Mint struck a commemorative coin, the Beemster 5 Euro Coin. This coin was minted in honor of the 20th anniversary as UNESCO world heritage site of Droogmakerij de Beemster. And our client, David Stevens Production House, had the idea of creating a commercial that had to illustrate what it would look like as if the Beemster never had been drained. 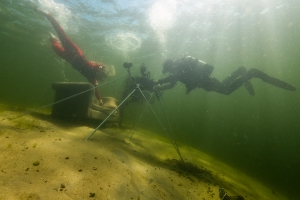 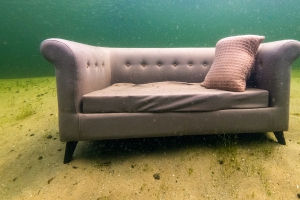 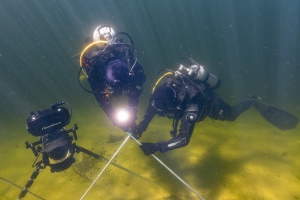 ‘When you first dive into the water, they’re p

In the cold months of winter the underwater landsc

We are always on the lookout for stories from the

There are no rainbows underwater, but thanks to th

Wonderful shooting day at the North Sea Farm with

Filming in the fjords of Norway. Border area of th

These dolphins seemed to be celebrating the weeken

Nudibranchs are one of our favorites. Did you know